Jan and me shared a lodge with Iris and Simon, who got along swimmingly. Great setup for a good con!

END_OF_DOCUMENT_TOKEN_TO_BE_REPLACED

Yet another amazing Consequences. You’d think it would get old, but it really, really never does! Consequences is like coming home. The new lodges are great and shiny, even though I do miss the open meadow that I’ve drunkenly traversed so many times.

The parties were lovely and warm as always, even if we had to deal out a lot of back scratches and promise a lot more to arrange them ;-) Next year, we are thinking of putting all the party people in the same chalet and making a dedicated party space. That might be both an excellent and a terrible idea!

I only played good games this year! Let me tell you all about them.

END_OF_DOCUMENT_TOKEN_TO_BE_REPLACED

College of Wizardry is a Polish high-immersion larp set in a castle in Poland. We heard it would be “the next step in LARPing”, so expectations were high! I think all of us (Jan, Linus, Frosty and me) were very happy with what we got, even though our experiences were very different. 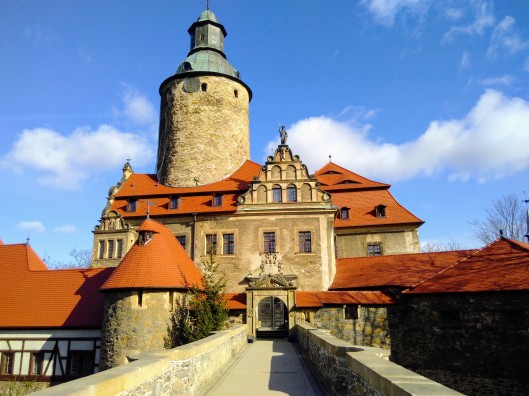 END_OF_DOCUMENT_TOKEN_TO_BE_REPLACED

We ran a thing! We were so impressed with Ex Nihilo when we played it at Consequences last year that we wanted to run it ourselves for our home team. It ran very well, again!

Ex Nihilo is a game about AI’s and the scientists who made them. This particular day the AI’s are meeting each other and learning about emotions. It’s pretty damn awesome.

Our previous game had turned out very huggy and had a happy ending, but there is also much room for conflict, so we wondered which way it would swing.

END_OF_DOCUMENT_TOKEN_TO_BE_REPLACED

A string of kidnappings has led the FBI high up North in pursuit of a serial kidnapper whom the press has dubbed ‘The Nappy Napper’, because his victims are all under one year of age. It will fall on the players to discover the perpetrator’s identity and save the children…

Our upper-class British family is enjoying some nice peace and calm, after having saved Queen and Country on their last adventures. But it seems the Haverings are again denied their rest. This time they might have to fight for more than their way of life…

The Stuff of Legends

To redeem yourself you only had to do one thing, guard the boy. You failed and he has been taken by the dark. Follow him into the dreamscape and face his and your own nightmares.

Unwilling to abandon the accumulated food and ammunition stocks at Mafeking, on the 13th of October 1899 Colonel Baden-Powell and his regiments are surrounded and besieged. It is up to the Colonel and his staff (and their wives!) to keep up the troops’ morale and hold out until relief!

Beneath the Mask (a game of Dread)

It was supposed to be a relaxing weekend at your friend’s cabin. Then the power went out, and some psycho in a hockey mask attacked. Now two people are dead, and your host is a gibbering wreck. Can you make it through to morning?

Dread is a game of horror and hope. Those who play will participate in a mutual telling of an original macabre tale. The goal of Dread is to sustain the delicate atmosphere that invokes the hand quivering emotion that lends its name to the game. The thrill of a Dread game lies within the tension between desire and loss. You will take on the role of someone trapped in a story that is only as compelling as it is hostile—someone who will find themselves making decisions we hope never to face in real life. 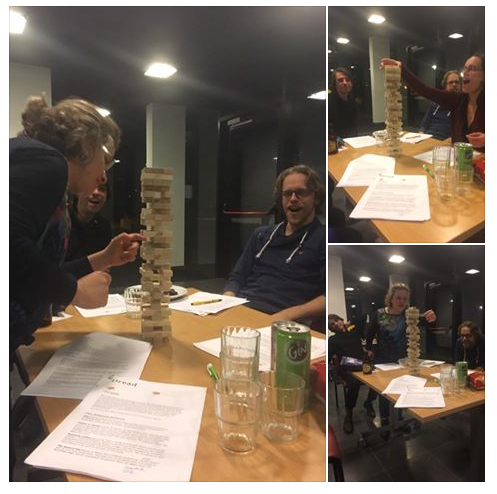 It is the horror roleplaying game that uses Jenga® instead of dice. Pull from the tower and you succeed. Refuse to pull and you fail. The choice is yours. But if the tower falls . . .

January 25, 1895. It’s approaching two in the morning. You are all part of a smuggling operation, transporting a shipment of tobacco from Holland to be brought ashore near the small coastal town of Dunwich in Suffolk. Captain Louis Gerd oversees his crew and hired hands, all waiting to ferry the goods from his steamer, the Wave Rider, to shore where a group of locals and a bribed customs official are waiting. A breeze is building, heralding a possible storm. The mood amongst the crew is tense as the sea grows restless. Finally, the lamps to guide the ship to shore are lit on the cliff top.

When a lost idol of Naga Sadow is unearthed in the Tatooine desert, a team of Republic archaeologists is keen to be the first to claim the find. But is everyone on the team who they say they are…?

This is an intense character-focused scenario set in the Old Republic era of Star Wars. Expect characters with very detailed backgrounds, relationships with each other and conflicting goals. Gameplay is very heavy on inter-party roleplaying (ie bickering with each other), concealing and revealing secrets, plotting and backstabbing. There will be little dice-rolling (if any). Rules system is extremely simple homebrew, designed to put the focus onto the actual roleplaying.

This is a game about the Faccenda family, who moved here from the Old Country two generations ago. Together we will create the family and its members in a workshop. In Act 1 the members of the family will cook the marinara sauce together. In Act 2 we will have a family meal sat around the dinner table.

It is a slow paced game about low level emotions, the feeling of belonging, family, traditions, nostalgia for the old and anticipation of the new. There is no Cthulhu, supernatural, secret agents or combat. This is a LARP, so the players will actually cook and eat the food. No previous cooking experience is required 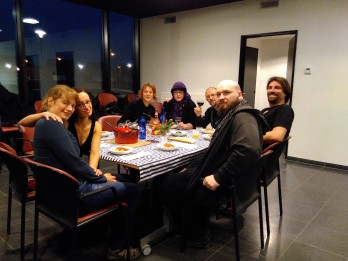 Kessel Run+: Rogue Trader: That Which Does not Die (Fate System)

Due to popular demand, some threats and a frankly disappointing lack of bribery, Bavo will once more run Rogue Trader, a game about those with the power, the will, the magnificence to go out beyond the light of the Emperor and bring both the people and planets out there back to the Emperor…And lining their own pockets in the profits. If you like outer space, grim-dark settings, outfits that would make the Napoleonic army blush and are capable of balling on an interplanetary level…

Back from a magnificent Consequences. There were no bad games this year, no down moments. It was great all the way through. I am very pumped and I have to face cold, harsh reality tomorrow so I’d better get all of this out quickly. Spoilers for all games incoming.

END_OF_DOCUMENT_TOKEN_TO_BE_REPLACED

Kessel Run VI was the first one we ran as a Facebook Event, which helped to create publicity for the event, but it wasn’t always easy to explain that clicking “attend” wasn’t enough to get you booked into the con. We had taken over half a year break between cons, so this edition was hype af. We had one new overseas guest and five new players. Not bad! 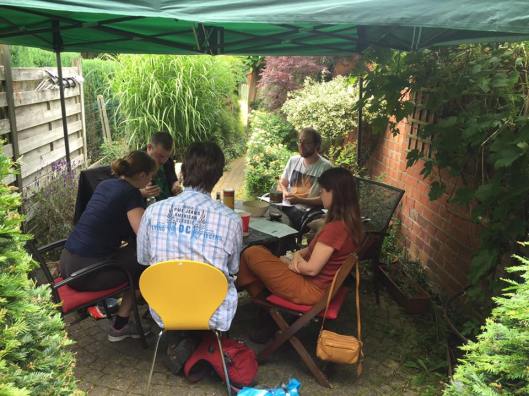 END_OF_DOCUMENT_TOKEN_TO_BE_REPLACED

I had a great and mellow time at Consequences!

I can confess now that I had a secret objective for this convention. Every year I ruin my non-smoker status at the con by smoking a pack or two in four days. It’s a little insane. This time I was determined (well, fairly determined) not to smoke. My tactic was to stay inside at all times and cover myself in people. It worked! I remained smoke free and scandalously comfortable. The downside was that I didn’t get to have a lot of porch conversations to catch up with people.

But I did get to play a ton of good games, so let’s get into those, shall we?

END_OF_DOCUMENT_TOKEN_TO_BE_REPLACED

Kessel Run V! We started getting the hang of these now, though organising three Kessel Runs in one year was a bit much. We noticed attention and excitement dropping in both ourselves and guests at Kessel Run V. That’s why we took a big break between this one and the next. Apparently I didn’t even bother taking a lot of pictures or notes.

Jan ran Victoriana with Nimrod Jones’ famous group of characters. I think I once again played the middle-class plucky investigator character and she was as fun as ever. Sven had a great time as my hoity-toity husband, insisting on changing clothes whenever we went to do something.

Bart Verdeyen ran Dragon Age, in what I gather was a fairly grimdark version.

Sven ran a prequel one off to our regular campaign of horror-scifi campaign of Obdisian. Their group went on a mission and their decisions and actions were pretty influential on the campaign sessions that followed.

Ken ran TOONS: The looney tunes roleplaying game, which I’m told did have some good drama amidst the silliness. Mostly this group was just incredibly loud :-)

Kris ran Faerie Knight, a tale of chivalry and knightly honor (I think!)

I ran Friendship is Magic, a My Little Pony game! I used Lowell Francis Action Card system to run it. It’s a great system, but rather intensive to prep for one-off game. Fortunately Kristina was hyped enough to help me with the decks and the character sheets and everything looked great!

The game ran well, but sadly I had not specced Twilight Sparkle properly and she became an overpowered monster (which is true to the fiction, but not ideal). 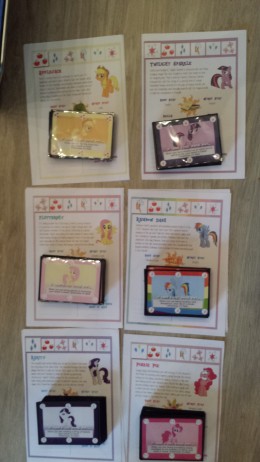